Consent? What's that? The Massachusetts Department of Public Health is spying on you. 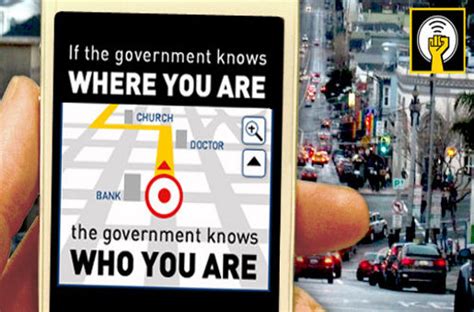 Without any kind of public notice, the Massachusetts Department of Public Health has gotten together with "Don't Be Evil" Google to install spyware on smartphones of visitors to and residents of Massachusetts without the knowledge or consent of those visitors or residents. This is being done under cover of the all-purpose totalitarianism called covid 19. The spyware is a contact tracing application called  "Exposure Notifications Settings Feature - MA/ MADepartment of Public Health"  available for download (if you're stupid enough to do it voluntarily) at Google Play.

Let's recall for a moment that contact tracing is the ability of some hidden authority to find out where you are now, where you've been, how long you were there,  who you were with, who those people were with, and so on. No doubt it will soon be able to record what you said, if it isn't already.  And this is all because we and our neighbors are willing to carry tracking devices with microphones and cameras into places and conversations we thought were private.

A web site called privacytogo.co has an article about the stealth Mass DPH app, describing how it is installed secretly on your phone without your asking for it, or asking for your permission, and how, once installed, you can't turn it off or otherwise get rid of it (and if you think you're turning it off, you're really not). One commenter named Callie M remarked:

"SPYWARE?! Automatically installed without consent. It has no icon, no way to open this and see what it even does, which is a huge red flag. Per the notifications it runs on Bluetooth which is a major battery drain, and seems to want to track my location. Major privacy violation if you ask me, and suspicious that this would be "necessary" when the surge in MA is over and the state of emergency no longer in effect because most are vaccinated. I think it's spyware, phishing as the DPH. UNINSTALL"

The Google Play site above is useful for seeing hundreds of negative comments like this, but, like Calle M, some make the mistake of assuming that contact tracing is no longer necessary because so many people have been "vaccinated." If the mRNA injections were actually a response to a public health crisis, contact tracing would still be a serious violation of our right to privacy. But the injections have nothing to do with our health. They are obviously harmful to our health. Their purpose --  for those of us they do not kill -- is to get everyone into a surveillance and control database which will increase the scope of contact tracing many times over. With this database, the authorities will have the power to say who is and is not allowed to engage in normal social life, from shopping to banking to going to entertainment venues or bars.The mRNA injections are simply the foundation for our transhuman future as laid out by Bill Gates and Klaus Schwab and others who think they know what is best for humanity. But, like the "exposure notification" app, we were never consulted about whether we want to merge with machines. After 16 months of cynical social engineering, of fear-stoking and lies, of violations against our personal sovereignty and Constitutional rights, we can be sure that any idea of our consent is held in complete contempt by Google and the bureaucrats in the Massachusetts Department of Public Health.

According to the author of the privacytogo article:

"Not only are Google and the Massachusetts Department of Public Health covering their tracks when installing this unsolicited spyware, they’re tracking whether or not you are the type of person who would disobey contact tracing edicts in the first place! . . . Google is not simply ignoring user consent in their ongoing mass surveillance dragnet. They are actively enabling governments in creating a “biosecurity surveillance” apparatus – whether you want to participate or not."

Massachusetts Governor and new world order ass-kisser Charlie Baker announced an end to most of his illegal emergency orders effective June 15, but the app was rolled out that same day. Calling the need for "vaccination" of all Massachusetts residents an emergency on May 28, and then sneaking in a spy initiative two weeks later, we see that the Governor wasn't really ending anything. There has never been any public consultation, consent, or due process in any of the Governor's orders. Nor has informed consent been involved in the push for mRNA jabs, as few people are told or aware of the long list of adverse effects caused by them.

The privacytogo article ends with the only logical advice to people interested in escaping government by technocracy:

"The simplest solution to disable contact tracing is arguably the hardest for most people:

Get rid of your smartphone."

Why would we willingly carry around a device that is designed to spy on and enslave us?

For more on where all this came from and where it may be going, see this article by Whitney Webb: https://unlimitedhangout.com/2021/06/investigative-reports/a-leap-toward-humanitys-destruction/