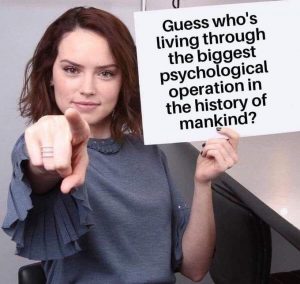 Looking at the last year and a half, it seems people have forgotten that evil is a significant and real force in our world. The term has religious connotations which secular societies would like to avoid, but we might do well to remember the old story of good versus evil. Evil people are not stupid. They know very well how to lie while appearing to be the soul of virtue. How could we doubt that the homely philanthropist Bill Gates, or the smiling Justin Trudeau, or Anthony Fauci with his Brooklyn accent, or the fatherly Joe Biden, could have anything but the best of intentions for us? Well, that's how the game works. These people were chosen for their job because they are effective liars -- one of the perks of selling one's soul.

The "pandemic" is an attack on human freedom being conducted in increments. We started out with a three week quarantine to relieve supposedly overwhelmed hospitals and health care workers. Now, 18 months later,  "there will be consequences" for people who refuse to get "vaccinated" says Trudeau in Canada. In Australia, people who have been under strict lockdown for months are now being told not to talk to each other or bring their children to playgrounds. Internment camps have been mentioned, and some say they are being built for those who refuse the jab. Children are being taken away from "unvaccinated" parents. If current jab rates are any indication, half the world's population may end up in the camps, but that's not an insanity too far for our would-be masters.

The globalists seem to care very much about getting something injected into us.  They know better than we do what that is and what it is supposed to do -- we can only speculate. Is it a slow-acting poison like glyphosate, promoted for many years by the same cast of characters? Is it a tool for chronic disease to keep the pharmaceutical industry and the medical establishment in business, like conventional vaccines? Is it a sterilizing agent to reduce the world population? Is it a code to genetically modify human beings? Is it the foundation of the circuitry that will connect us to 5G so that we can be completely surveilled? Or is it 6G, which will have enough bandwidth to bring us into the completely manufactured reality of The Matrix? We don't know. But clearly there is a hidden agenda.

Some say the agenda of mass immunization is to institute "vaccine passports" to bring in totalitarian social control. But if this was the only goal, why would the clever technocrats, with all their careful planning, have chosen to inject people with a "vaccine" that doesn't prevent or stop transmission of the alleged virus and is so harmful that not long after it was rolled out it started killing and injuring people in such large numbers that it couldn't be covered up? The genius technocrats would have been much better off using a saline solution, then declare victory over the "pandemic" with no side effects. No, it seems that there is something important in the shot, and that the idea is to change all of humanity with it. If so, there will have been no crime more diabolical in the history of the world. While patriots thought their love of country and their guns would protect them, Klaus Schwab walked right in the front door and robbed them blind.  Full-on psychological warfare of 2020 became biological warfare in 2021, and not a shot was fired. Our enemy were kindly medical personnel with syringes. Bullets don't stop nano-scale mRNA.

In a 2017 TedX talk, Tal Zaks, the Israeli chief medical officer of Moderna, bragged  about "hacking the software of life." At this point, science revealed hubris perhaps not seen since the development of the atom bomb. We learn from Greek tragedy that there is always a reckoning when man meddles with forces he knows nothing about -- in this case, the human genome. "Whom the gods would destroy, they first drive mad." The same story goes back to the ancients.

As they go mad, the globalists are on a race to the bottom. They want to get as many people injected as they can before people realize the injections are not only not stopping disease, they are causing it. The masters of the universe have to suppress clear proof that safe conventional medicines effectively treat whatever the illness is called "covid" -- how we hate the word! They want as many people as they can enrolled in their social credit system before people realize they've fallen into a trap. They want so much of the crime accomplished that it can no longer be reversed.

The race is desperate. New York Mayor deBlasio has declared that the 8 million people who live in the city be segregated according to their injection status, just like Jim Crow. Dictator Dan is re-enacting the Milgram experiment on the entire population of Australia. Emmanuel Macron wants the French to starve to death if they don't get the "pass sanitaire." Joe Biden has told employers outright to require the jab as a condition for work, since the federal government can't legally do it. He has social media doing the same thing with censorship. Colleges and universities are making injection status a condition of enrollment, destroying careers and higher education. Variants of "the virus" are being hyped to create more fear, when there was never a valid test for the original. The dark ritual of masking is coming back. Children are again being muzzled in school, and our entire society is being humiliated as the most innocent and least protected among us -- children -- are publicly abused. The children themselves may come to see their parents and all adults as cowards for not protecting them. The "unvaccinated" are being vilified, with virtue signalers openly suggesting they deserve to be punished.  All this is happening apace because so many people will be getting sick from the injections that there will be no way to cover it up. The globalists are acting more like mad scientists than confident leaders serene in their power . . .  because they are mad.

We should understand that what the authorities pretend to be incompetence and unfortunate mistakes are actually intended goals. They haven't destroyed economies and businesses or immiserated, injured, and killed thousands of people by mistake. They know what they're doing, and they're doing their best to cover it up. The next flu season may bring disaster, with large numbers of people getting sick because their immune systems have been seriously damaged by the jab. At that point, the plan may be so obvious that even the brainwashed will wake up.

It is up to us to put a stop to the mass injection program. If only one person changes their mind after seeing our protests, we will have made a difference.  It is not too late. 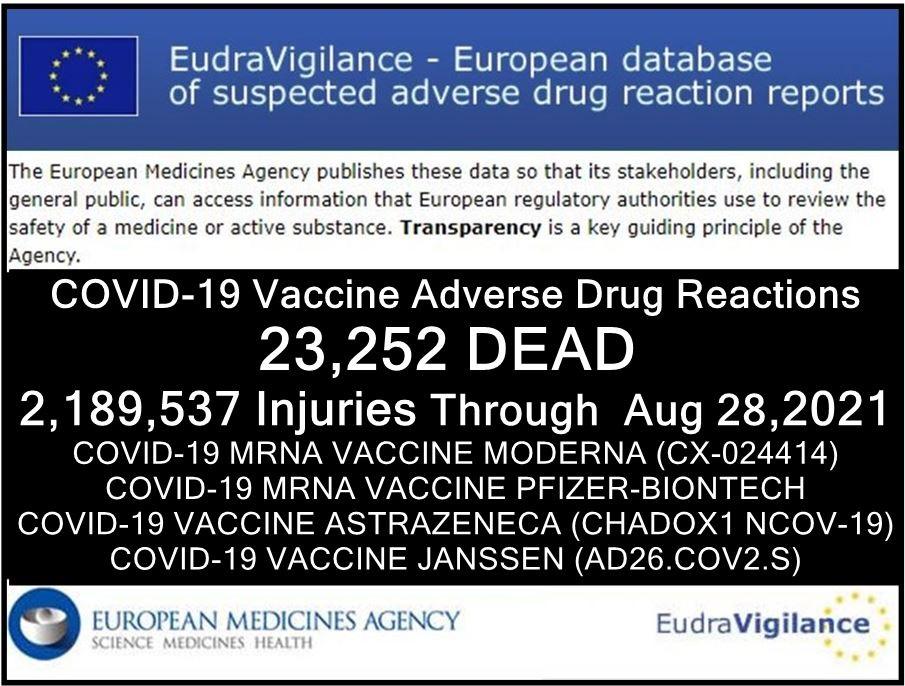 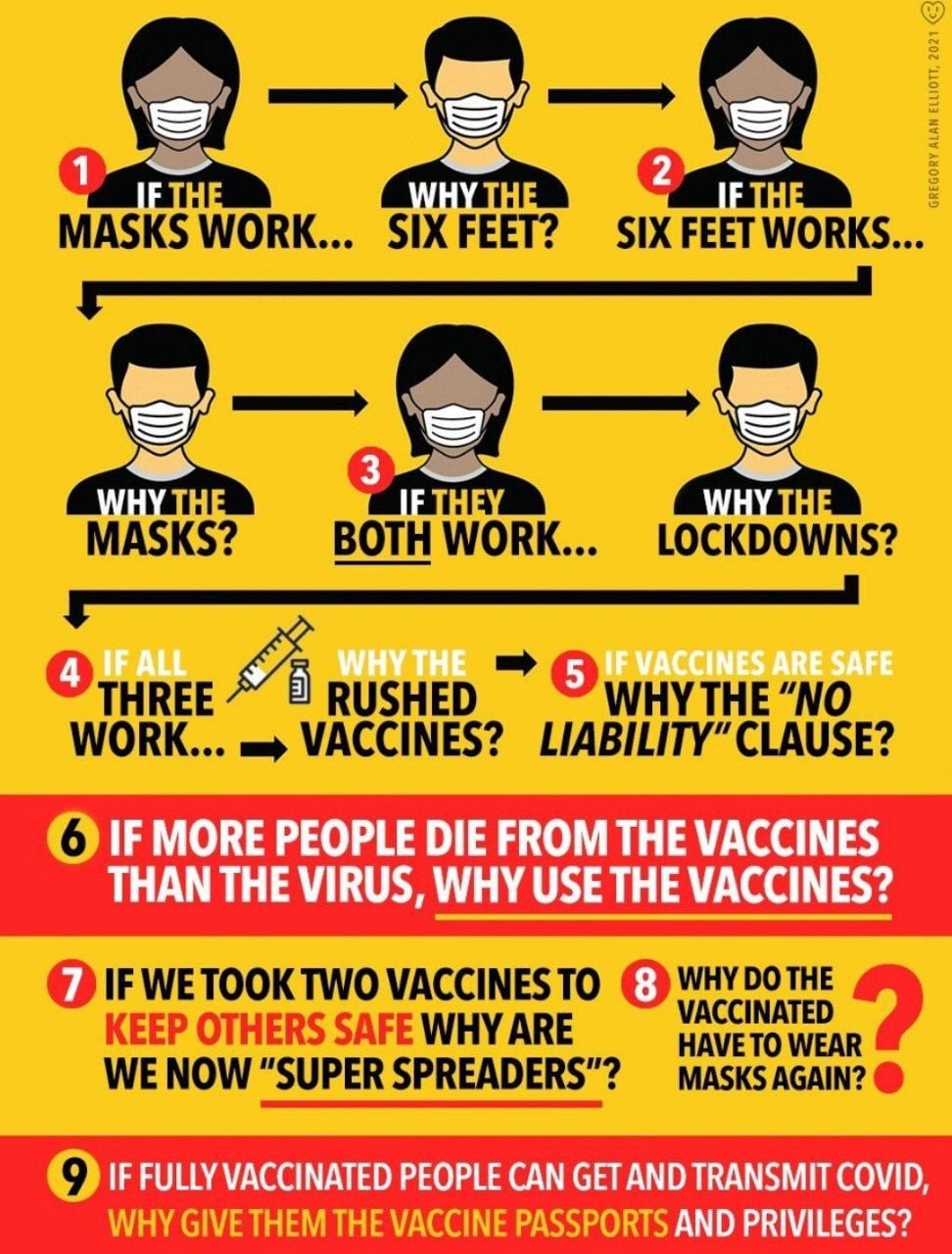 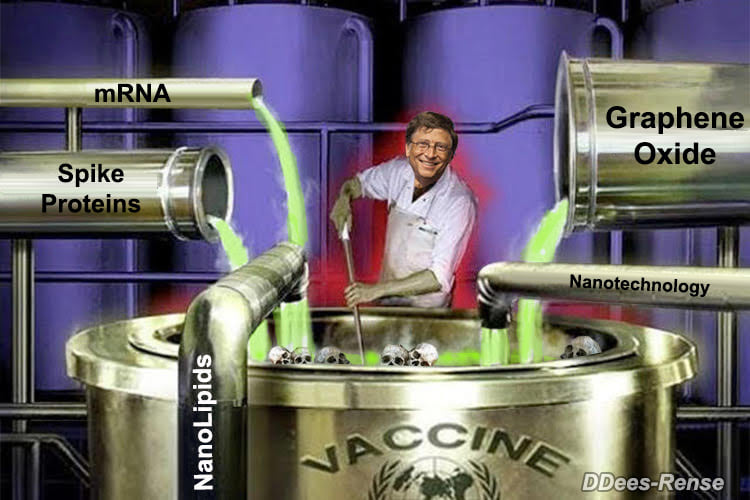 -- "Funeral Directer John O'Looney Blows the Whistle on Covid" September 15th, 2021,  thecrowhouse with Max Igan. 38 minute video. Someone in a position to know who is dying, from what, and in what numbers, denies that a pandemic ever existed, and testifies that it is the "vaccines" that are killing people.  https://odysee.com/@thecrowhouse:2/MUST-WATCH-Funeral-Directer-John-O'Looney-Blows-the-Whistle-on-Covid:9 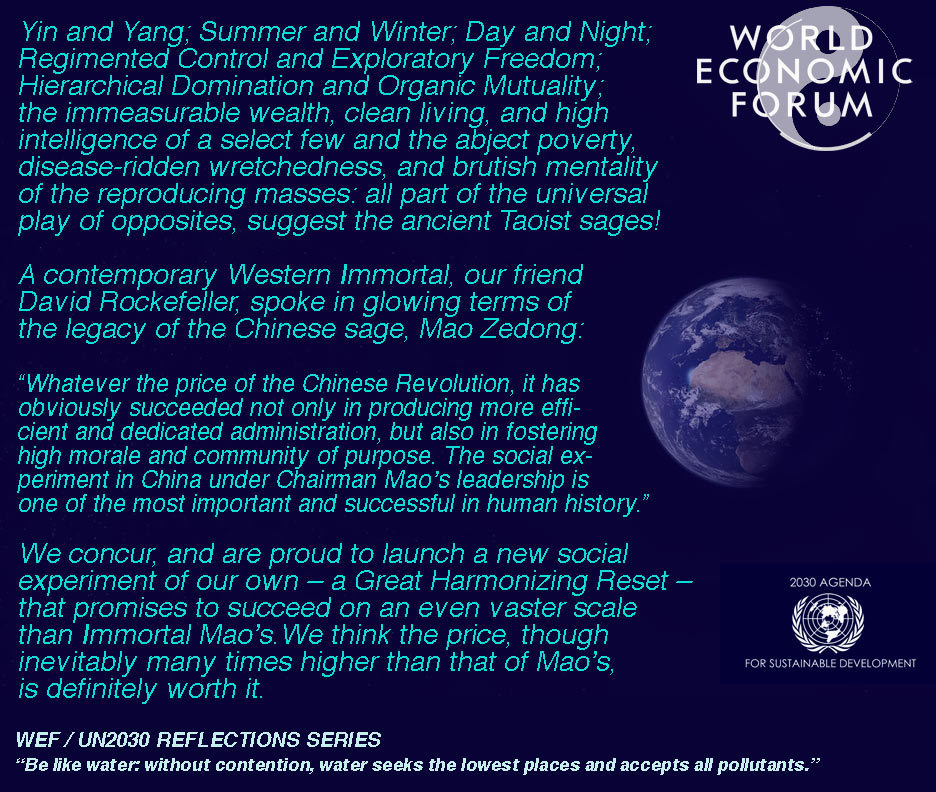 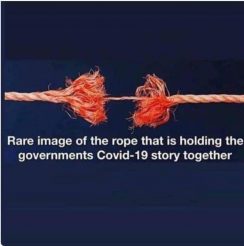 American Academy of Pediatrics Caught in a Quandary

To support the unsubstantiated long-term use of masks, the AAP turned their back on years of research and their own information on the importance of facial cues with infants to protect and promote brain growth and development.

To make this work, the organization has taken down significant sections from their website about early childhood development. Reuters asked why the content was removed the weekend after the tweets were published. They were told the content was in the process of being migrated to a different platform.

This article contains a video of the "Still face experiment" showing how infants are distressed when they have no response from their mother's facial expressions (i.e., when children see people wearing masks). Every parent or teacher who thinks it's okay to mask kids and wear masks yourselves when you are with children should see this video  at https://youtu.be/apzXGEbZht0