Who Runs Our World? 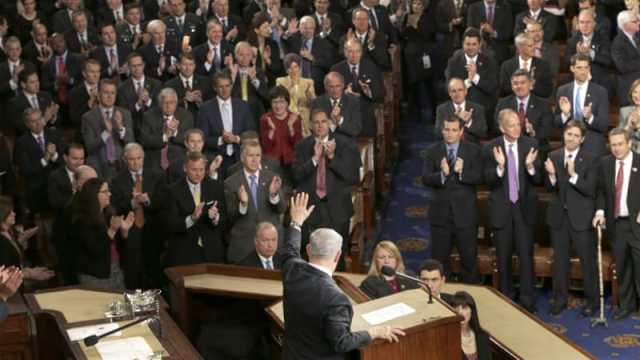 Our world is run by oligarchs, the holders of vast wealth from monopolies in banking, resource extraction, manufacturing, and technology. Oligarchs have such power that most of the world doesn’t even know of their influence over our lives. Their overall agenda is global power — a world government, run by them — to be achieved through planned steps of social engineering. The oligarchs remain in the background and have heads of state and entire governments acting in their service. Presidents and prime ministers are their puppets. Bureaucrats and politicians are their factotums.

Who are politicians? Politicians are people who work for the powerful while pretending to represent the people who voted for them. This double-dealing involves a lot of lying, so successful politicians must be good at it. It’s not an easy job to make the insane agenda of the powerful seem reasonable. Politicians can’t reveal this agenda because it almost always goes against the interests of their constituents, so they become adept at sophistry, mystification, and the appearance of authority. For example, wars for Israel have been part of the agenda of the powerful for years. Since 2001, wars for Israel have been sold as “the war on terror” and lots of lies had to be made up as to why the war on terror was a real thing. The visible faces promoting the war on terror were neoconservatives in the US, almost all of whom were advocates for Israel, or Zionists. Zionists are not the only members of the oligarchy, but they seem to be its lead actors.

With this perspective we may judge all kinds of world events, such as the many false flag terror attacks which have been perpetrated in one country after another to bring about political objectives. False flag attacks range from Operation Gladio to demonize leftists, 9-11 to demonize Arabs and Muslims, and the shooting down of the MH-17 airliner to demonize Russia. Under an atmosphere of terror, with citizens clamoring for revenge, all kinds of political goals can be achieved.

Propaganda is also vital. Control of information through a likewise controlled media has facilitated mass brainwashing. To control the narrative, whistle blowers and truth tellers must be isolated and destroyed, preferably in the open, so as to warn others away. This is what is happening with Julian Assange.

The attack on Gilad Atzmon is an other example. Atzmon has been a major critic of the role of Jewish political power in our world — not just in Palestine, but all over the western world. When he says “we are all Palestinians” he is making the observation that Europe and North America are being Israelified. For example, some police in the US go for training in Israel, where they learn to view the US public, particularly African Americans, the way the Israeli military views Palestinians — as enemies to be shot in the streets and abusively treated. In the US, people are not allowed to question or discuss Jewish power, when it is evident that AIPAC, the lobby for Israel, completely controls both houses of the US Congress. We recall the members of Congress giving Benjamin Netanyahu 29 standing ovations during his denunciation of Iran in 2011. In Britain, mass insanity has taken hold, at least in the media, in the demonization of Russia via the Skripal affair and Luke Harding’s MI6 journalism in The Guardian. This is taking place solely because of Russia’s thwarting of Israel in its attempt to destroy Syria. For the neocons, the agenda is always war — the stick to bring recalcitrant states in line with the New World Order. This behavior is so dangerous that it would be crazy if we did not speak about who is doing this, and why.

In December 2018 Atzmon was banned from playing a jazz gig in Islington, north of London, because a powerful entity — the Zionist Herut Likud UK — initiated a character assassination and attack on his livelihood through Richard Watts, leader of the Islington Town Council. The Council created the lie that in banning Atzmon it was protecting the citizens of Islington from “antisemitism.” In fact, it is only protecting organized Zionists — supporters of the racist state of Israel — from one of their most effective critics.

Two paid staff for the Council — Ian Adams and Martin Bevis — were assigned to carry out the bureaucratic part of the job. They defended the assassination in the name of political correctness. They responded to Atzmon’s appeal of the Council ruling by citing almost entirely Zionist and Israeli sources to back up the claim that Atzmon is an “antisemite.” These sources include the Anti-Defamation League, the Jewish Chronicle, the Jewish Telegraphic Agency, Haaretz, the Times of Israel, and The Forward. When Atzmon countered these sources with a list of well-known academics who have supported his work — Richard Falk, John Mearschimer, Ramzy Baroud, Paul Craig Roberts, Cynthia McKinney, James Petras, Francis Boyle, among others — Ian Adams responded by saying, “I have found that the majority of them would appear to have also been subject to significant controversy or allegations of being anti-Semitic themselves.” To Adams, representing a town in Britain, the only valid authorities are in the media run out of Israel, with its blatant record of discrimination and genocide against Palestinians, which all those media support.

Power likes to cover up its crude manipulations with a veneer of reason and legality. Islington based its original decision on Atzmon’s banning on a clause in the town’s books having to do with events at the Islington Assembly Hall. The clause states:

“You must not, in connection with any Live Event, use, provide or display any material, whether written or spoken, or allow behaviour that constitutes direct or indirect discrimination or harassment, victimisation of, villification of, any person or group of persons on grounds of race, nationality, gender, sexual orientation, disability, religion or age.”

In their letters, Adams and Bevis provide no response to the fact that Atzmon was to appear at the December 21, 2018 event as a saxophone player with a jazz group called The Blockheads. There was no logical way to assume that his saxophone playing would discriminate against, harrass, victimize, or villify anyone at this event. The banning was therefore not backed up by law; it was illegal in itself, as it discriminated against Atzmon.

The only thing one can say about the bureaucrats’ defense of Islington’s decision is that they and the town officials, and indeed much of Britain’s political class, seem to be unaware that Zionism is the water in which their boat is floating. When the entire mainstream narrative is dictated by Jewish identity politics, of course all criticism of those politics must be heresy. Britain was once a sovereign nation, not a colony of Israel — much like the US. Much like Canada, Germany, France, and so on. These countries were not invaded by tanks and infantry; they were invaded by dogma. Political dogma, political “correctness,” and the totalitarian policing of our thoughts and words, are the things which Gilad Atzmon has pointed to in western culture and held up for us to examine. Zionists have made criticism of Israel “antisemitic” by definition. There is no way to win the argument. The word no longer has any meaning. This is aside from the fact that ‘semitic’ refers to a language group which includes Arabic, Aramaic, and Hebrew and that the majority of the settlers claiming rights to the Holy Land did not come from areas, like Palestine, where semitic languages were spoken.

Atzmon has asked the most basic questions: Israel defines itself as “the Jewish state” — what then is the Jewish state? What are Jewish identity politics? And why are we not allowed open discussion and debate on these questions? This is the reason for the attempt to denounce him. The bureaucrats and politicians of Islington say they’re fighting bigotry, but because they are part of a system which bigotry built, they’re actually speaking on behalf of it. Once again, the oligarchs have put through a dirty scheme under cover of benevolence and human rights.